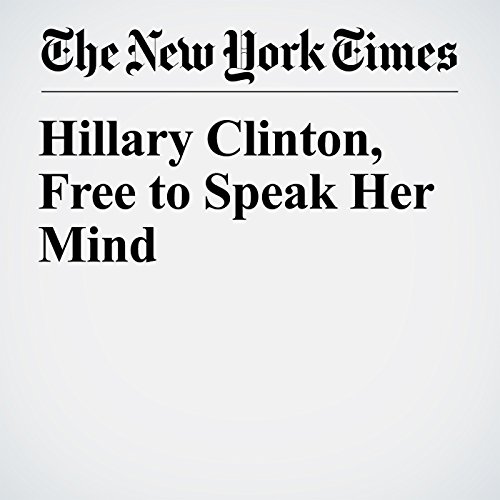 In her first interview since the election, she acknowledged that she had expected to defeat Donald Trump and that the outcome had been “so devastating.”

"Hillary Clinton, Free to Speak Her Mind" is from the April 08, 2017 Opinion section of The New York Times. It was written by Nicholas Kristof and narrated by Caroline Miller.

Not what I thought

I thought it would be Hillary Clinton being interviewed - her words being spoken, by her. It was all narrated by Ms. Miller.