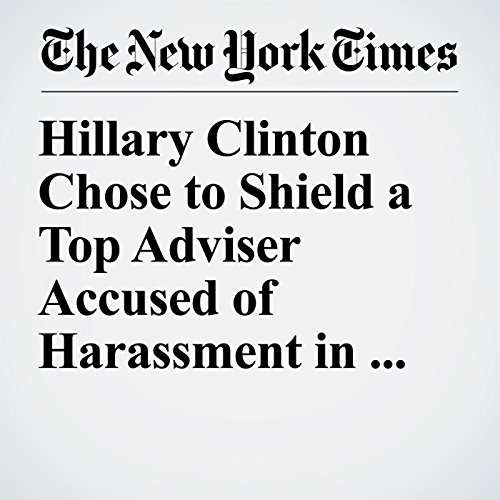 A senior adviser to Hillary Clinton’s 2008 presidential campaign who was accused of repeatedly sexually harassing a young subordinate was kept on the campaign at Clinton’s request, according to four people familiar with what took place.

"Hillary Clinton Chose to Shield a Top Adviser Accused of Harassment in 2008" is from the January 26, 2018 U.S. section of The New York Times. It was written by Maggie Haberman and Amy Chozick and narrated by Mike DelGaudio.