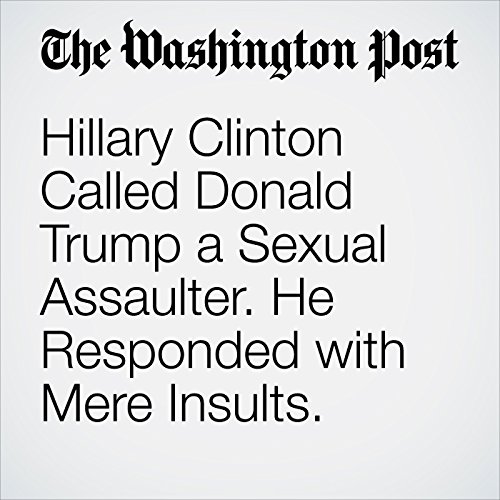 Hillary Clinton claimed last week President Trump was a sexual assaulter, based on his own statements and accusations by multiple women. It very well may be the worst thing she has ever said about him.

"Hillary Clinton Called Donald Trump a Sexual Assaulter. He Responded with Mere Insults." is from the November 19, 2017 Post Politics section of The Washington Post. It was written by Avi Selk and narrated by Sam Scholl.