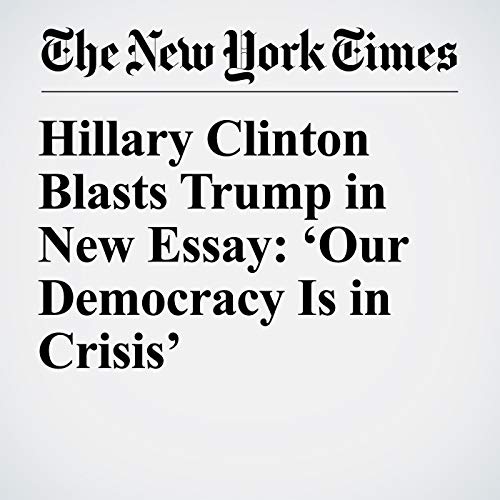 With the midterms fast approaching, Hillary Clinton has written a scathing critique of President Donald Trump that accused him of disregarding the law and weakening the social fabric of the country, imploring voters to “do everything we can to fight back” and “mobilize massive turnout” in November.

"Hillary Clinton Blasts Trump in New Essay: ‘Our Democracy Is in Crisis’" is from the September 17, 2018 U.S. section of The New York Times. It was written by Christina Caron and narrated by Keith Sellon-Wright.