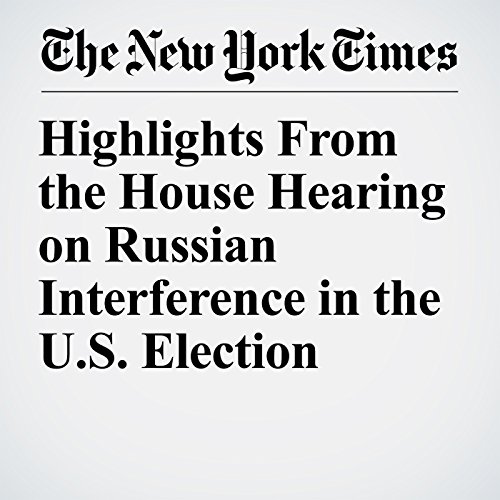 Comey said the investigation will cover “the nature of any links between individuals associated with the Trump campaign and the Russian government and whether there was any coordination between the campaign and Russia’s efforts.”

"Highlights From the House Hearing on Russian Interference in the U.S. Election" is from the March 20, 2017 U.S. section of The New York Times. It was written by Scott Shane and narrated by Caroline Miller.