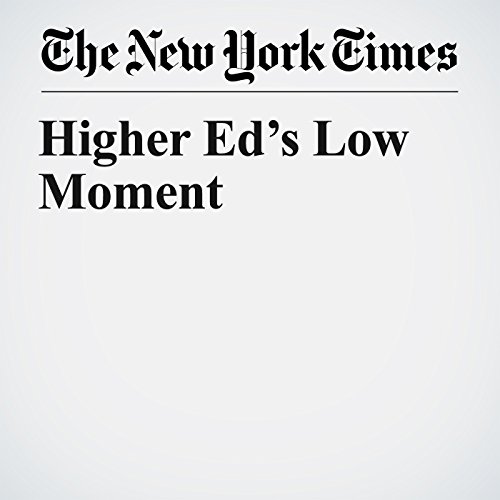 When all was said and done, the tax overhaul that President Donald Trump signed into law a little more than a week ago didn’t beat up on higher education to the extent that earlier drafts of the legislation did. Americans who were deducting interest on student loans will still be able to do so. The tuition waivers that many graduate students receive won’t be treated as income.

"Higher Ed’s Low Moment" is from the December 30, 2017 Opinion section of The New York Times. It was written by Frank Bruni and narrated by Kristi Burns.