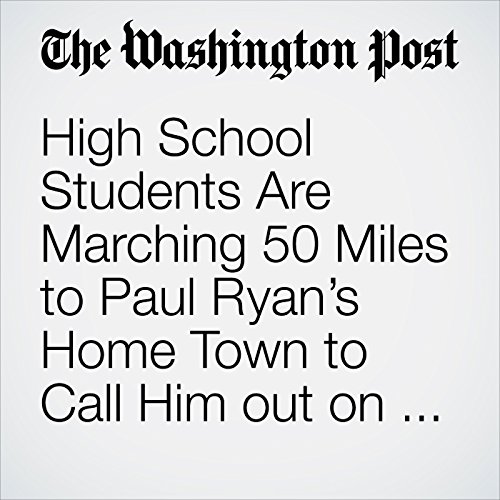 On March 25, 1965, the Rev. Martin Luther King Jr. led thousands of protesters into Montgomery, Ala., concluding a five-day, 54-mile march from Selma that would become a defining moment in the civil rights movement.On Sunday, inspired by the Selma marchers and the high school students from Parkland, Fla., a group of young people in Wisconsin began a march of their own, albeit not quite on a Selma scale.

"High School Students Are Marching 50 Miles to Paul Ryan’s Home Town to Call Him out on Guns" is from the March 26, 2018 National section of The Washington Post. It was written by Samantha Schmidt and narrated by Sam Scholl.