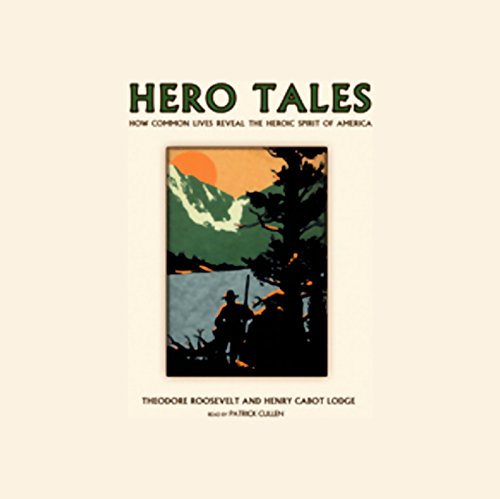 In 1895, two young men destined to make their mark on American life, Theodore Roosevelt and Henry Cabot Lodge, discovered they shared a common interest in the remarkable way ordinary Americans demonstrated the real character of the young nation. They were convinced that the brilliance of American liberty could best be found in the lives of everyday people, rather than in accounts of the famous and powerful.

Somehow the two men found time to research and write the 26 amazing stories in Hero Tales. From great battles of the War for Independence to the intrepid explorations that opened up the western frontier, and from the struggles of the early pioneers to the tragedies of the Civil War, these stories capture in words the essence of the American spirit.

Without preaching or moralizing, these stories show the qualities of good character at work. Thus Hero Tales is one of those rare, timeless classics that belongs in every home, library, and classroom.

The title of this book accurately reflects its content, as well as its approach.

Rather than the typical practice of presenting "history" as a collection of dates and events, this book provides interesting "tales" about real heroes. It presents the contribution of these men, the challenges they endured, and the impact of their lives and character on American history.

"Hero Tales" is an interesting and memorable perspective. I learned more about our history from this one book, than I had ever retained from my years of formal education. It is remarkable that this literary contribution was given to us by one of our Presidents, who himself made history.

My only criticism is with the electronic format, which is independent of the book itself. Within Audible Player, the digital book did not provide bookmarks for the chapters. In iTunes, only 5 numbered "Chapters" are marked (about every 4-5 book chapters), with no titles. Also, the Chapter number and title are announced only AFTER the poem or other quote that begins each Chapter. Although I was able to create bookmarks on my Treo, the list of 20 chapters became longer than the interface could adequately handle. Plus, the bookmarks were not synchronized with the desktop, so the effort was lost. The usability (and accessibility) of this fairly lengthy book would be improved by the addition of Chapter structure.

It's nice to hear the true stories of men who gave all for what they thought was right.