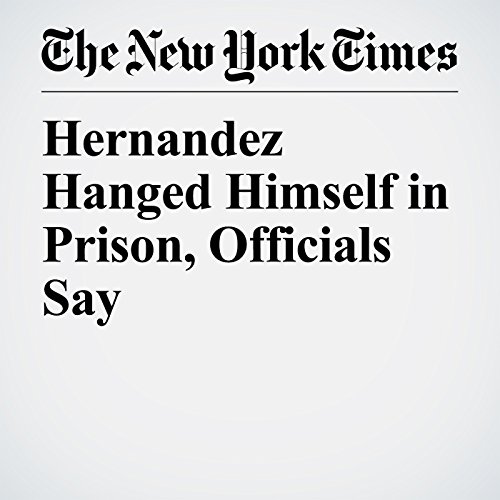 Aaron Hernandez, the former star tight end with the New England Patriots who was convicted of first-degree murder in 2015, hanged himself in prison on Wednesday, authorities said.

"Hernandez Hanged Himself in Prison, Officials Say" is from the April 19, 2017 Sports section of The New York Times. It was written by Victor Mather and narrated by Keith Sellon-Wright.