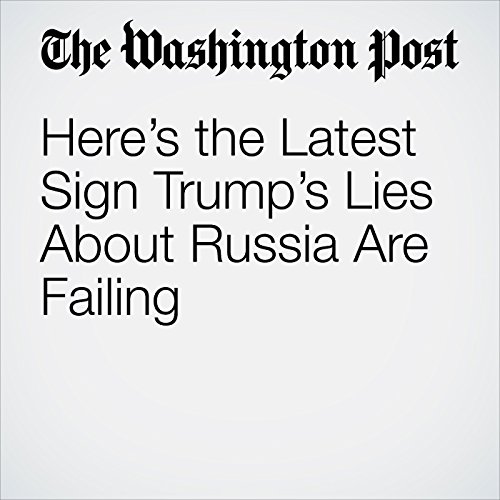 A new CNN poll finds that 61 percent of Americans say the Russia affair is a serious matter that should be investigated. It finds that 55 percent say President Trump has tried to interfere in special counsel Robert S. Mueller III’s investigation. And it finds that 60 percent are not confident that Trump is taking steps to safeguard the nation against foreign sabotage of future elections.

"Here’s the Latest Sign Trump’s Lies About Russia Are Failing" is from the February 27, 2018 Opinion section of The Washington Post. It was written by Greg Sargent and narrated by Sam Scholl.