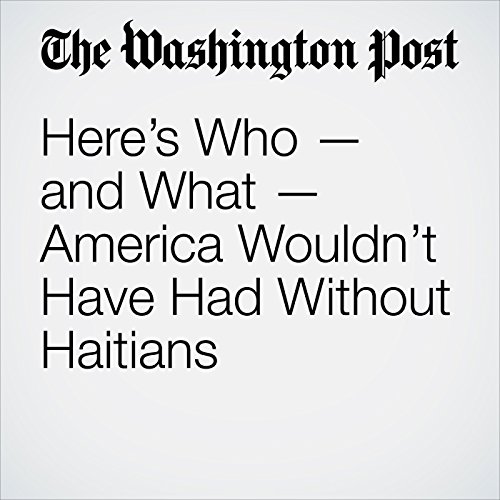 In 1787, the same year the Constitutional Convention took place in Philadelphia, an enslaved immigrant from Haiti named Pierre Toussaint arrived in New York. He was the sort of person you dream of meeting: empty of resentments, boundlessly resourceful, endlessly generous and kind.

"Here’s Who — and What — America Wouldn’t Have Had Without Haitians" is from the January 12, 2018 Opinion section of The Washington Post. It was written by David Von Drehle and narrated by Sam Scholl.