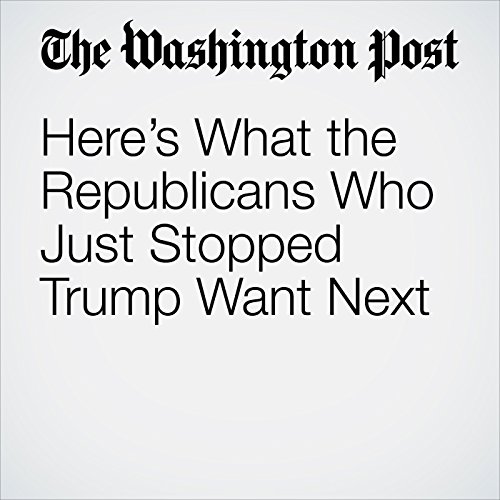 After a smarting defeat on health care, President Trump is moving on to an ambitious bid to rewrite the U.S. tax code. But the ultra-conservative GOP lawmakers who stymied Trump on health care aren't going away, and if Trump is to avoid a second major setback in Congress, he'll need to win over far more of them this time around.

"Here’s What the Republicans Who Just Stopped Trump Want Next" is from the March 27, 2017 Politics section of The Washington Post. It was written by Max Ehrenfreund and narrated by Jenny Hoops.