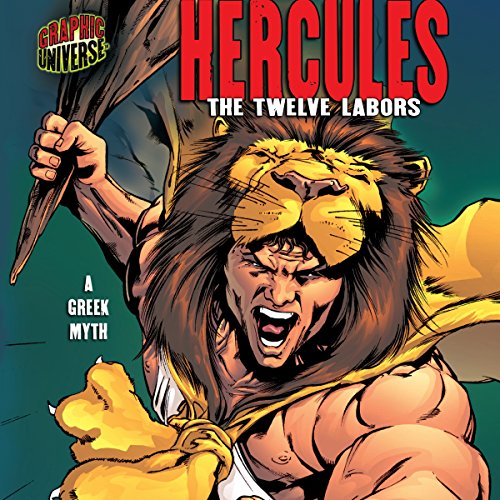 Famous for his superhuman strength, Hercules is the most popular hero in Greek mythology. The son of Zeus - king of the gods - and a mortal mother, Hercules faces the wrath of Zeus' wife, Hera, who resents her illegitimate stepson and vows to bring him misery. With her magical powers, she tricks Hercules into performing a series of 12 seemingly impossible labors, each one a test of his strength, courage, cunning, and fighting skill. Is Hercules strong enough to foil her scheme?

For this exciting retelling of the 12 labors, author Paul Storrie consulted the classic work The Age of Fable (1859), by American Thomas Bulfinch, and Edith Hamilton's Mythology (1942), both of which are considered the best resources on ancient myths and legends.

I like when he gets the golden apples. I'm done reviewing and want to text my grandma now.

Onomatopoeia not a replacement for description

so much of the story is truncated by sound effects. the listener is left wondering what's going on. was this a reading from a comic book?

recommend it if you love herc as much as I do. very entertaining a must to listen to

too simple and superficial.

the story of Hercules is dip and rich with details and mythology. this is a story for children