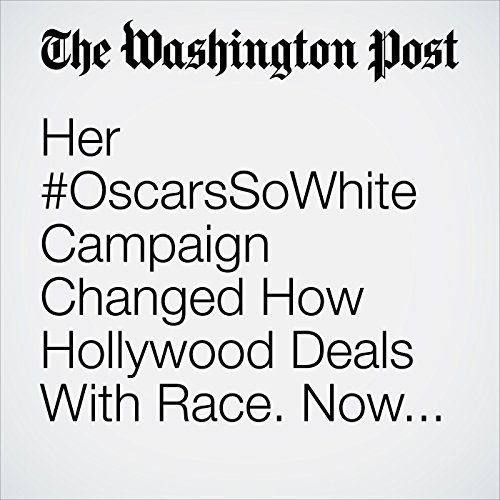 Though she wouldn’t call herself an activist or a social media maven — “ ‘Maven’ makes me sound old” — Reign reflects each role. She’s gained more than 90,000 Twitter followers since sending the catalytic tweet and is pulled into so many discussions that she restricted her notifications to direct messages only.

"Her #OscarsSoWhite Campaign Changed How Hollywood Deals With Race. Now She's Taking on HBO." is from the August 17, 2017 Style section of The Washington Post. It was written by Sonia Rao and narrated by Sam Scholl.