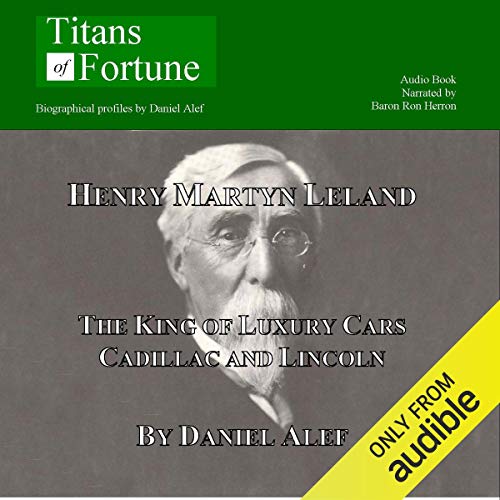 Here's a biographical profile of Henry Leland, one of the less well-known American automobile pioneers, but who's cars are top named brands and his imprint on the development of the American automobile industry is with few parallels. If Leland had named his cars in his own image, like Ford, Chrysler, Dodge or Olds, he would be renowned - he founded Cadillac and Lincoln. When General Motors nearly went bankrupt in 1910, Leland's Cadillac division kept the company afloat.

Leland was a visionary who not only excelled in producing the best made cars, he also brought out many innovations, from electric starters to the first V-8 engine, and was recognized as a leading maker of luxury cars. Leland's success, however, was marred by his conflicts with Henry Ford who ultimately acquired Lincoln and ousted Leland from the company. Leland's story is the story of the founding of Cadillac and Lincoln, two of America's leading marque names.