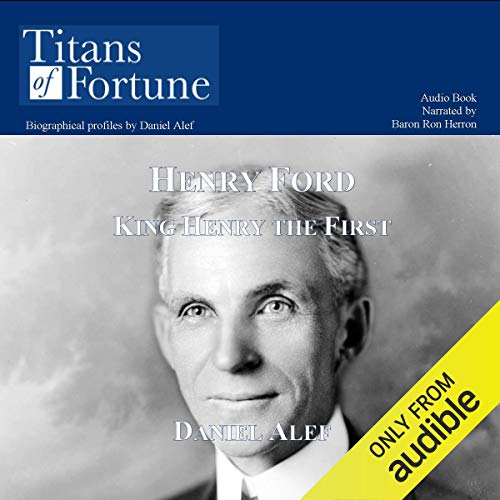 Henry Ford, an American folk hero to many, was a man with several faces. He was a genius who revolutionized the automobile industry, irrevocably altered American culture and commerce, developed mass production, and helped the middle class emerge in America. He was also an anti-Semitic autocrat who hated Wall Street, bankers and financiers with unmitigated passion.

Ford paid the highest wages but was zealous in his opposition to unions. He was exceptionally hard on his only son, Edsel, who died of stomach cancer at the age 48, and Ford acknowledged his admiration for Hitler. And in establishing one of the largest American fortunes, he never borrowed a penny, not from individuals, financial institutions or the government.

Henry Ford's focus on developing an affordable car, the Model T, at a time when most automobile manufacturers sought more luxurious models, ushered a new era of transportation, but even more so, brought about a revolution in technology, sales and culture. The Model T made its debut in 1908, bearing a purchase price of $825. In the following six years the price dropped to $575 and sales soared from 10,000 a year to nearly half of all the automobiles sold in America. At its peak, Ford Motor Company was churning out one car every 24 seconds!

Award-winning author and syndicated columnist Daniel Alef brings out the story of Ford and his remarkable life of achievements and his dark side.