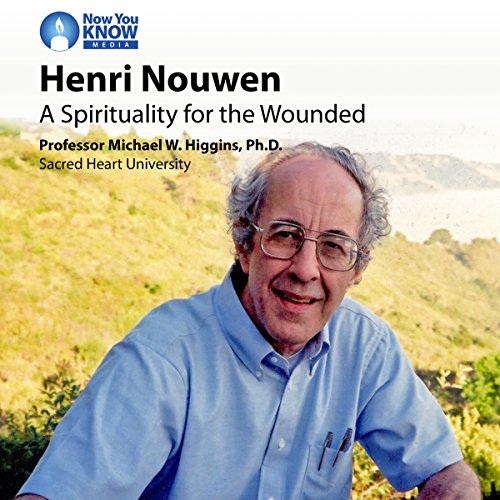 Henri Nouwen: A Spirituality for the Wounded

Experience Henri Nouwen's fullness of life spirituality with this new course presented by his official biographer.

Henri Nouwen (1932-1996) was one of the most popular and influential spiritual thinkers of the 20th century. Born in the Netherlands, Nouwen was ordained as a Catholic priest and trained as a psychologist. He spent much of his life in America, where he ministered and taught throughout the continent. His profound spiritual works, such as The Return of the Prodigal Son and Life of the Beloved, develop such compelling concepts as the restless searching of the heart and the agony of being human.

This course is presented by Dr. Michael W. Higgins, the coauthor of Genius Born of Anguish: The Life and Legacy of Henri Nouwen. Through 12 masterful lectures, you will examine the context of Nouwen's most important works, the evolution of his ideas, and the struggles of his spirit. You will also explore his life, which will help you understand the autobiographical nature of his works.

Nouwen was a great teacher, and over the course of his life he was a popular professor at Notre Dame, Yale, and Harvard. He was also an innovative psychologist who understood the deep connection between spirituality and psychology.

Henri Nouwen developed a spirituality for the wounded, but within it he also presents us with genuine joy, boundless energy, and ultimately hope. You are invited to meet and come to know Nouwen through this powerful course.

Highly recommended. Author is an authority on Nouwen. Amazing how much he was able to pack into one presentation. Material is broken up into bite-sized lectures.

What other book might you compare Henri Nouwen to and why?

A great companion to any of Nouwen's own works. Also, great to learn about the parallels between Nouwen and Thomas Merton.

What does Prof. Michael W. Higgins PhD bring to the story that you wouldn’t experience if you just read the book?

Since the author narrates the e-book, he brought nuances of expression that might be missed in the print version.

Both the context and the presentation were just right!