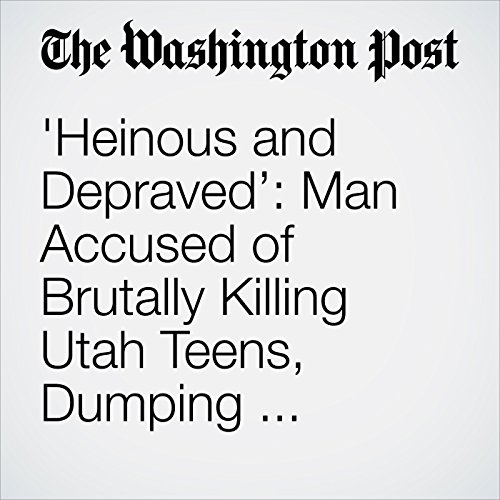 The three-month search for a missing teen couple ended at an abandoned mine shaft near Eureka, Utah, 100 feet below the ground where police found the bodies of 18-year-old Riley Powell and 17-year-old Brelynne “Breezy” Otteson.On Tuesday, prosecutors accused a 41-year-old man of putting them there.

"'Heinous and Depraved’: Man Accused of Brutally Killing Utah Teens, Dumping Bodies in Mine Shaft" is from the April 05, 2018 National section of The Washington Post. It was written by Meagan Flynn and narrated by Sam Scholl.