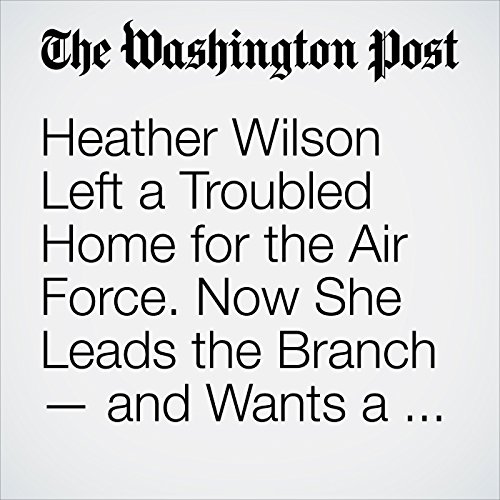 New Air Force Secretary Heather Wilson stood in front of a room of airmen in the Pentagon recently and presented an unconventional proposal. What, she asked, if she eliminated every single one of the Air Force’s regulations and required service members to ask for the ones they need back?

"Heather Wilson Left a Troubled Home for the Air Force. Now She Leads the Branch — and Wants a Culture Change." is from the July 03, 2017 National section of The Washington Post. It was written by Dan Lamothe and narrated by Barbara Benjamin-Creel.