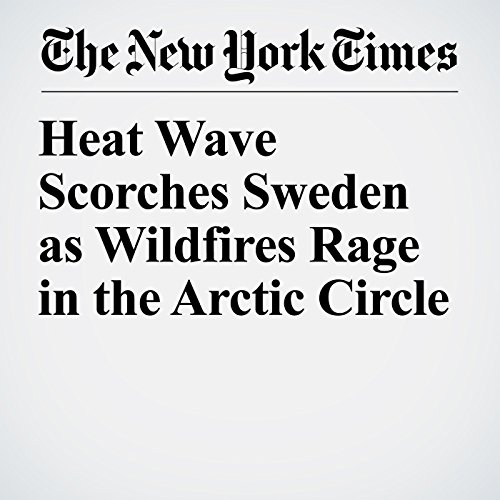 As Europe grapples with near-record temperatures and sustained drought, Sweden has become the latest nation to confront a wave of wildfires as far north as the Arctic Circle, prompting authorities to evacuate some villages and to appeal for help from neighboring Norway and distant Italy.

"Heat Wave Scorches Sweden as Wildfires Rage in the Arctic Circle" is from the July 21, 2018 World section of The New York Times. It was written by Christina Anderson and Alan Cowell and narrated by Keith Sellon-Wright.