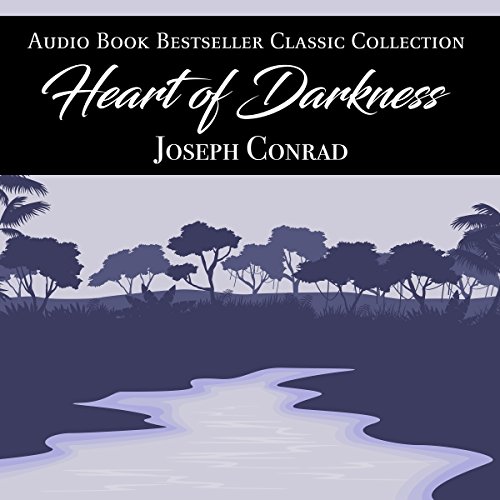 A wild story of a journalist who becomes manager of a station in the (African) interior and makes himself worshipped by a tribe of savages. The story of the civilized, enlightened Mr. Kurtz, who embarks on a harrowing "night journey" into the savage heart of Africa, only to find his dark and evil soul.

"The Secret Sharer". The saga of a young, inexperienced skipper forced to decide the fate of a fugitive sailor who killed a man in self-defense. As he faces his first moral test the skipper discovers a terrifying truth - and comes face to face with the secret itself.

Endlessly reinterpreted by critics and adapted for film, radio, and television, the story shows Conrad at his most intense and sophisticated.

Very poor narration. Impossible to follow the story. Not sure how this got through an editorial process

Great story shame about the narration

Truly dreadful narration which ruined the book for me - I couldn’t finish it. It’s a real pity for such an awesome book, don’t waste your money