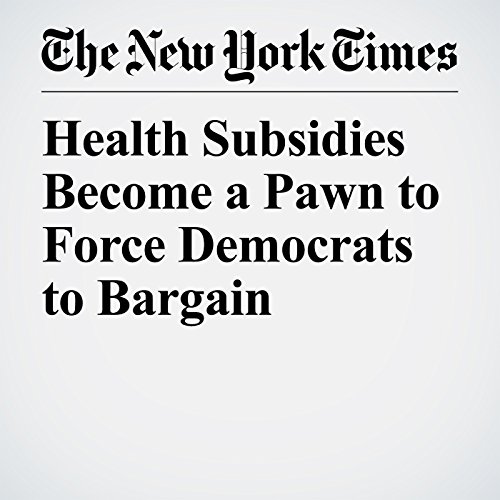 In the weeks since President Donald Trump’s attempts to replace the Affordable Care Act collapsed, the administration has debated what to do: Try again? Shore up the insurance marketplaces? Or let the whole system collapse?

"Health Subsidies Become a Pawn to Force Democrats to Bargain" is from the April 13, 2017 U.S. section of The New York Times. It was written by Robert Pear and narrated by Caroline Miller.