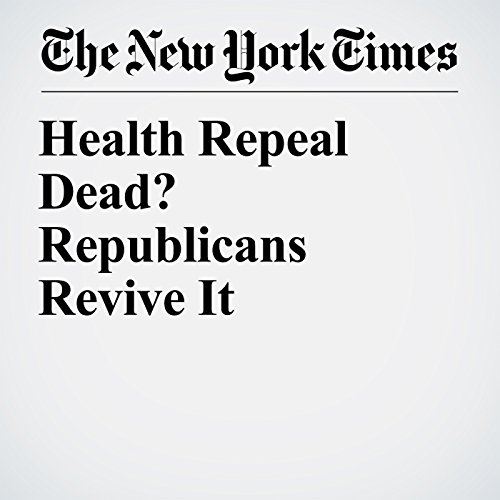 Under extreme pressure from conservative activists, House Republican leaders and the White House have restarted negotiations on legislation to repeal the Affordable Care Act.

"Health Repeal Dead? Republicans Revive It" is from the March 28, 2017 U.S. section of The New York Times. It was written by Robert Pear and Jeremy W. Peters and narrated by Caroline Miller.