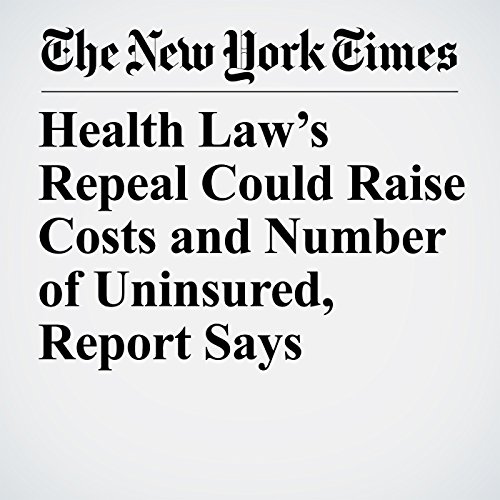 The nonpartisan Congressional Budget Office said Tuesday that repealing major provisions of the Affordable Care Act, while leaving other parts in place, would cost 18 million people their insurance in the first year and could increase the number of uninsured Americans by 32 million in 10 years, while causing insurance premiums to double over that time.

"Health Law’s Repeal Could Raise Costs and Number of Uninsured, Report Says" is from the January 17, 2017 U.S. section of The New York Times. It was written by Robert Pear and narrated by Keith Sellon-Wright.