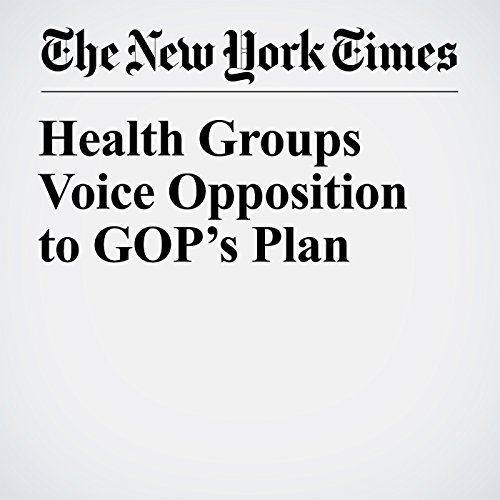 Influential groups representing hospitals and nurses came out on Wednesday against a Republican bill to repeal and replace the Affordable Care Act, joining doctors and the retirees’ lobby to warn that it would lead to a rise in the uninsured.

"Health Groups Voice Opposition to GOP’s Plan" is from the March 08, 2017 U.S. section of The New York Times. It was written by Abby Goodnough, Thomas Kaplan and Robert Pear and narrated by Caroline Miller.