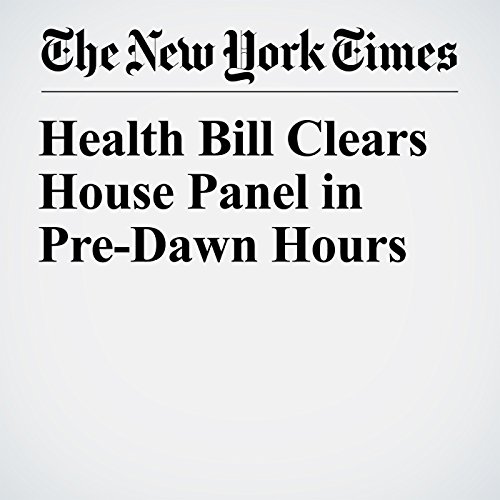 The critical House Ways and Means Committee gave a pre-dawn approval Thursday to a major part of the Republican plan to repeal and replace the health care law, moving Republicans a step closer toward a full vote on the measure over the growing opposition of senators, health care providers and some conservatives.

"Health Bill Clears House Panel in Pre-Dawn Hours" is from the March 09, 2017 U.S. section of The New York Times. It was written by Thomas Kaplan, Abby Goodnough and Jennifer Steinhauer and narrated by Keith Sellon-Wright.