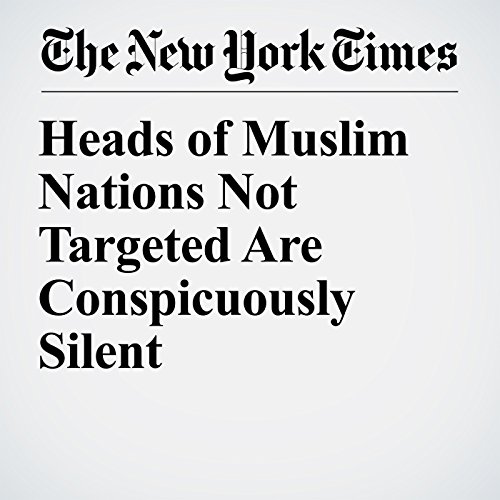 The Germans criticized it. The British voiced their discomfort. The French, the Canadians and even some Republican senators in Washington stood in open opposition.

But in Cairo and Riyadh, in the heart of the Muslim world, President Donald Trump’s decision to bar millions of refugees and citizens of seven Muslim-majority countries from the United States was met with a conspicuous silence.

""Heads of Muslim Nations Not Targeted Are Conspicuously Silent"" is from the January 29, 2017 U.S. section of The New York Times. It was written by Declan Walsh and narrated by Caroline Miller.