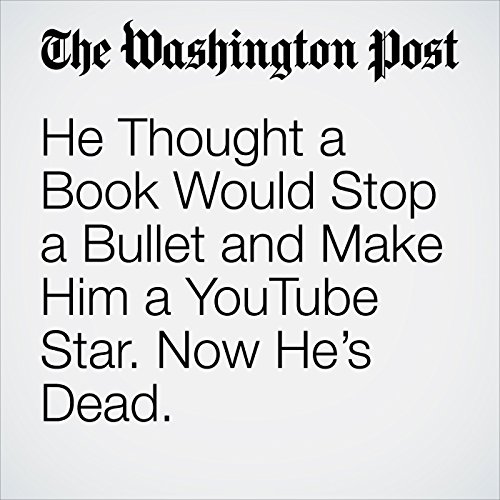 Before Monday, before the 911 call and police investigation, Pedro Ruiz III, an aspiring YouTube star in rural Minnesota, spent considerable time convincing his girlfriend to shoot a gun at his chest.

"He Thought a Book Would Stop a Bullet and Make Him a YouTube Star. Now He’s Dead." is from the June 29, 2017 National section of The Washington Post. It was written by Katie Mettler and narrated by Caroline Miller.