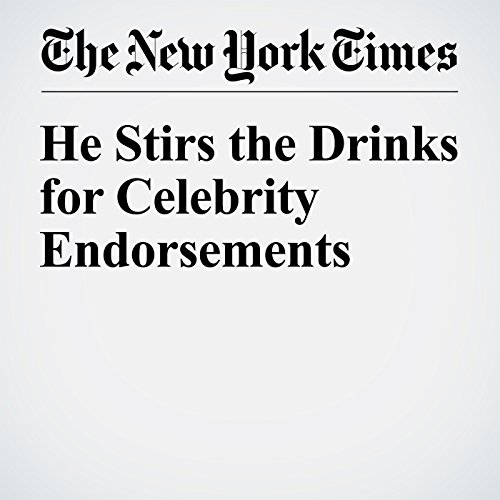 He Stirs the Drinks for Celebrity Endorsements

Movie stars, singers and athletes have long profited from productendorsements, but A-list names tended to stick with high-end luxuryproducts and giant brands like Coca-Cola (LeBron James, Penélope Cruz)and Pepsi (both Cindy Crawford and, back in the day, Joan Crawford). Theywere usually just “spokesmodels” or “brand ambassadors.

"He Stirs the Drinks for Celebrity Endorsements" is from the January 08, 2017 Lifestyle section of The New York Times. It was written by Katie Benner and narrated by Kristi Burns.