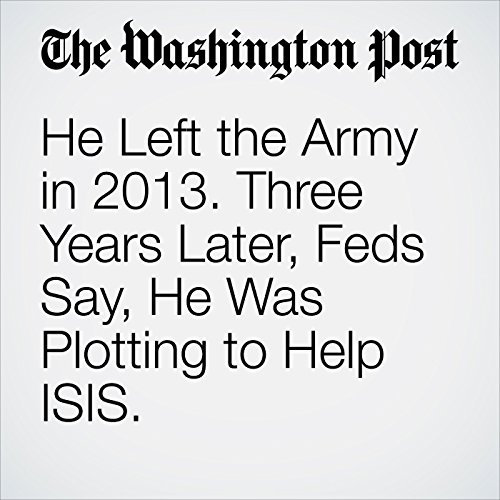 Robert Hester’s time in the Army was short and tumultuous. He joined in 2012 and faced one disciplinary issue after another, court documents say. By 2013, after a general discharge, he was back home in Missouri, well below the government’s radar.

"He Left the Army in 2013. Three Years Later, Feds Say, He Was Plotting to Help ISIS." is from the February 23, 2017 National section of The Washington Post. It was written by Cleve R. Wootson Jr. and narrated by Jenny Hoops.