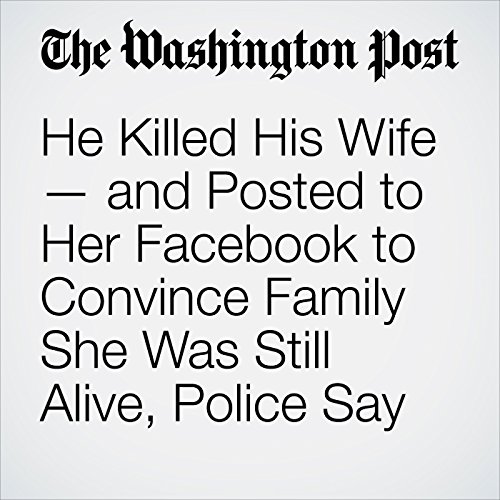 He said he posted that his wife’s phone had been dropped in the toilet so no one would panic that she was not returning calls or text messages, according to an arrest affidavit.

"He Killed His Wife — and Posted to Her Facebook to Convince Family She Was Still Alive, Police Say" is from the January 16, 2017 True Crime section of The Washington Post. It was written by Kristine Guerra and narrated by Sam Scholl.