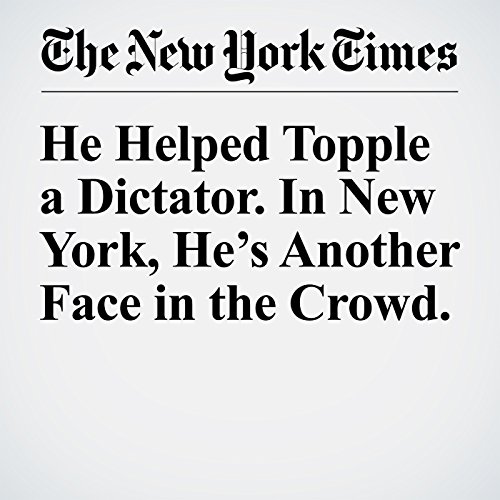 His name is Souleymane Guengueng, and he brought down a murderous African dictator.

In the 1980s, Guengueng was one of numerous people imprisoned and tortured during the brutal reign of President Hissène Habré in Chad, a landlocked country in central Africa. When he was released from prison after two and a half years, Guengueng began a quest for justice, meticulously recording the testimonies of survivors and the relatives of those who had been killed at the direction of Habré. He wound up with records detailing the abuse and murder of more than 700 people.

"He Helped Topple a Dictator. In New York, He’s Another Face in the Crowd." is from the January 06, 2017 World section of The New York Times. It was written by Dionne Searcey and narrated by Barbara Benjamin-Creel.

Cosa pensano gli ascoltatori di He Helped Topple a Dictator. In New York, He’s Another Face in the Crowd.