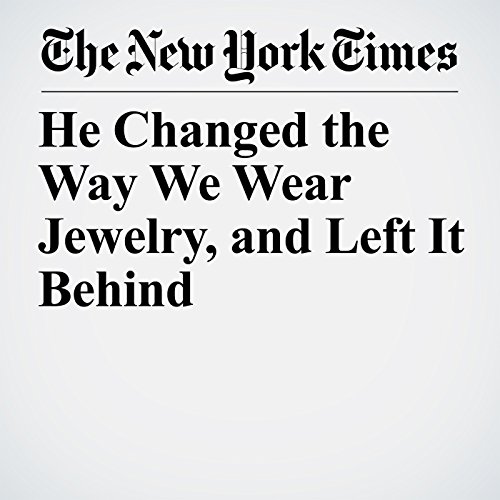 In a loft studio in Venice Beach here, Tom Binns is rebuilding. Most of the world knows him as a jeweler, and a small subset of the world — the fashion world — spent many years celebrating him as one of its favorites. He was showered with awards, sought as a collaborator (early on, he worked with Malcolm McLaren and Vivienne Westwood, and many more after) and had his creations worn by the first lady. But most of the fashion world doesn’t call anymore.

"He Changed the Way We Wear Jewelry, and Left It Behind" is from the January 18, 2017 Lifestyle section of The New York Times. It was written by Matthew Schneier and narrated by Fleet Cooper.

Cosa pensano gli ascoltatori di He Changed the Way We Wear Jewelry, and Left It Behind