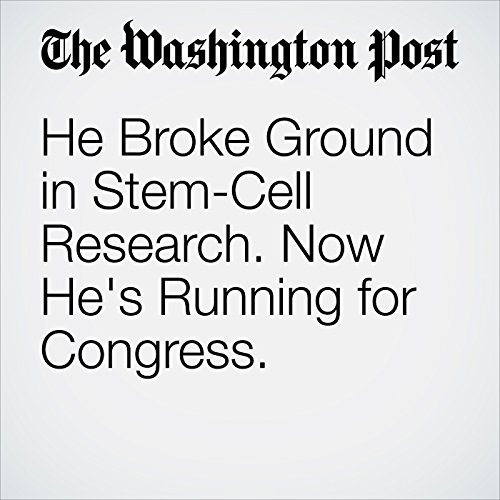 Stem-cell researcher Hans Keirstead, 50, announced last week that he will try to unseat California’s Rep. Dana Rohrabacher (R). Keirstead, a Democrat with a PhD in neuroscience from the University of British Columbia, was a professor at the University of California at Irvine before launching and selling several biotech companies.

"He Broke Ground in Stem-Cell Research. Now He's Running for Congress." is from the June 20, 2017 Speaking of Science section of The Washington Post. It was written by Ben Guarino  and narrated by Sam Scholl.