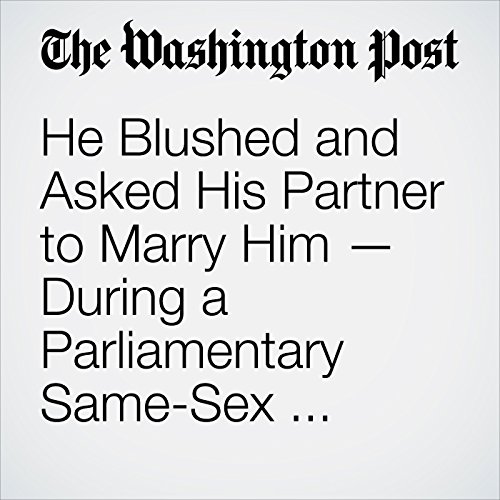 In anticipation of the legalization of same-sex marriage in Australia, a 37-year-old lawmaker debating the issue in the House of Representatives took a moment to make it personal, turning to his partner and popping the question.

"He Blushed and Asked His Partner to Marry Him — During a Parliamentary Same-Sex Marriage Debate" is from the December 04, 2017 World section of The Washington Post. It was written by Lindsey Bever and narrated by Sam Scholl.