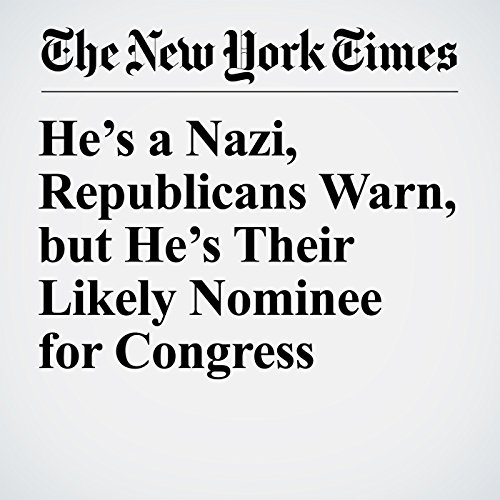 Arthur Jones, a Holocaust denier described as a Nazi by the Illinois Republican Party, is poised to win the Republican primary in the state’s 3rd Congressional District. He is running unopposed, all but guaranteeing he will soon be the official Republican candidate for the House of Representatives.

"He’s a Nazi, Republicans Warn, but He’s Their Likely Nominee for Congress" is from the February 07, 2018 U.S. section of The New York Times. It was written by Liam Stack and narrated by Kristi Burns.