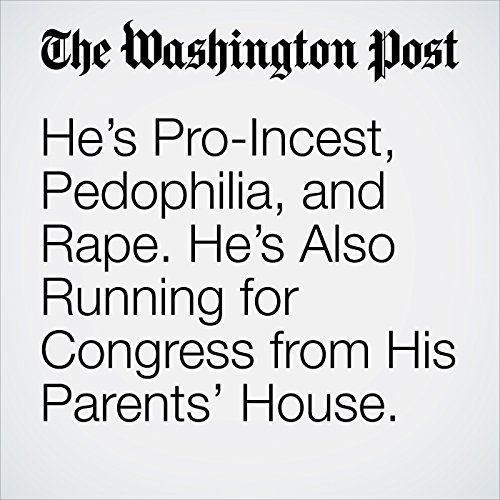 Nathan Larson lives with his parents, and spends most of his waking hours on the Internet in between intermittent work as an accountant. And it’s mostly there that he’s developed some views that put him on the extreme fringes of society.

"He’s Pro-Incest, Pedophilia, and Rape. He’s Also Running for Congress from His Parents’ House." is from the June 02, 2018 National section of The Washington Post. It was written by Eli Rosenberg and narrated by Sam Scholl.