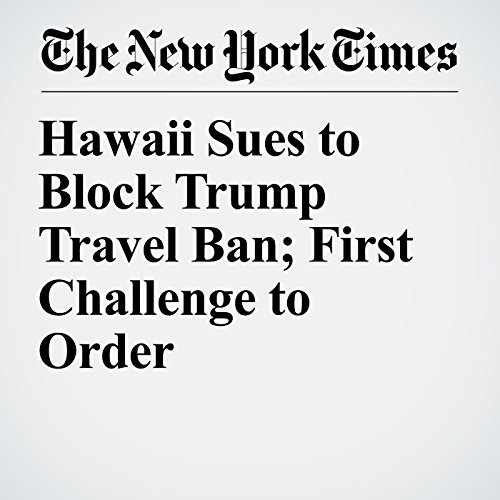 President Donald Trump’s revised executive order barring citizens of six predominantly Muslim countries from traveling to the United States confronted its first legal challenge late Tuesday, the day after it was signed, when lawyers for the state of Hawaii asked a federal judge to block it temporarily.

"Hawaii Sues to Block Trump Travel Ban; First Challenge to Order" is from the March 08, 2017 U.S. section of The New York Times. It was written by Vivian Yee and narrated by Fleet Cooper.