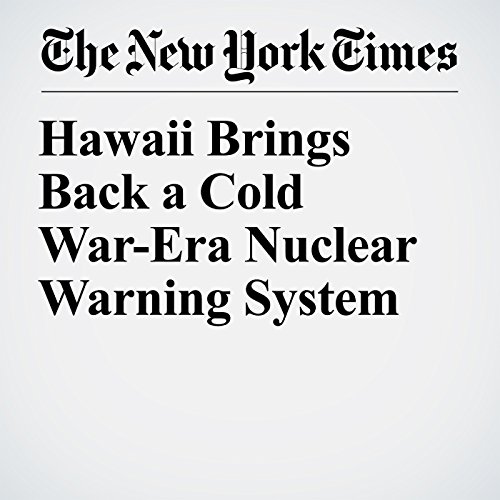 As tensions between the United States and North Korea continue to simmer, Hawaii will start a statewide test Friday of a Cold War-era early warning system designed to inform its residents of an impending nuclear attack.

"Hawaii Brings Back a Cold War-Era Nuclear Warning System" is from the November 28, 2017 U.S. section of The New York Times. It was written by Christine Hauser and narrated by Keith Sellon-Wright.