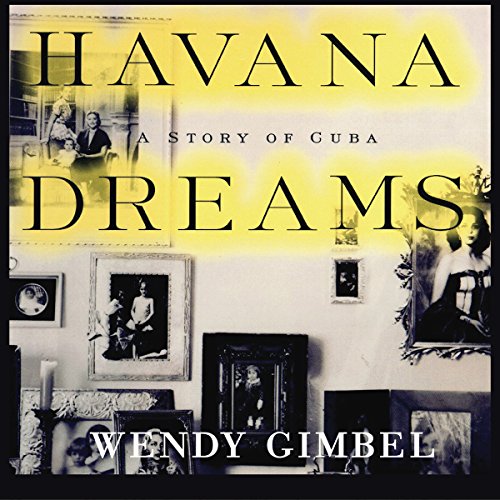 A fascinating, powerfully evocative story of four generations of Cuban women, through whose lives the author illuminates a vivid picture - both personal and historical - of Cuba in our century. In the Revuelta family Gimbel has found a source of both mystery and revelation. At its center is Naty: born in 1925, educated in the United States, she was a socialite during the Batista era. After marriage to a prominent doctor and the birth of a daughter, she became intoxicated with Castro and his revolution (here, published for the first time, are the letters they exchanged while he was in jail). Though her husband and daughter immigrated to the United States after Castro's victory, Naty remained in Cuba to raise her second child, Castro's unacknowledged daughter, only to be ultimately confronted by his dismissive, withering judgment: "Naty missed the train."

Her two daughters, one of whom settles well into life in America, while the other never recovers from her father's intransigent repudiation of her; her granddaughter, who Naty desperately believes will return to Cuba when - not if - Castro is removed from the island; and her mother, an unregenerate reactionary: these are the lives that complete this extraordinary story.

What did you love best about Havana Dreams?

The brilliant overview of the history of Cuba, put into memorable context, was exactly what we wanted for our upcoming trip to Havana. The psychological analysis was spot on. Castro, as narcisist, was illuminating!!

I read this book while bussing around Cuba but still was barely able to keep on til the end, which should tell you all you need to know. It's well enough written but it just doesn't have enough of a premise. So this rather unremarkable woman was Fidel's brief lover, and so their lovechild hates her father, and the granny longs for the pre-revolution days when status and manners counted for something. None of these people is interesting or seems to have any understanding of the larger issues in play outside their self-centred lives. Even the author doesn't really seem to be that interested in using her characters as a portal through which to view Cuba's odyssey. Still, Castro is one of the century's most fascinating leaders and this reveals a minor facet of his story.