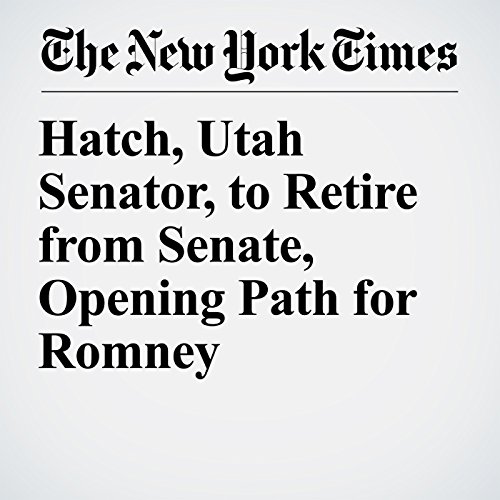 Sen. Orrin Hatch of Utah, the longest-serving Senate Republican, announced Tuesday that he will retire at the end of the year, rebuffing personal pleas from President Donald Trump to seek an eighth term and paving the way for Mitt Romney, a critic of Trump’s, to run for the seat.

"Hatch, Utah Senator, to Retire from Senate, Opening Path for Romney" is from the January 02, 2018 U.S. section of The New York Times. It was written by Jonathan Martin and narrated by Keith Sellon-Wright.