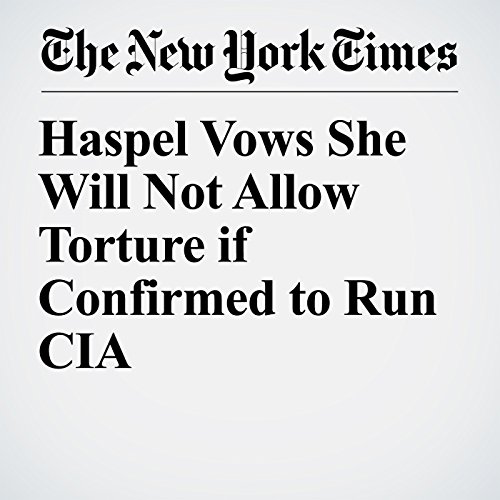 Gina Haspel, President Donald Trump’s nominee to lead the CIA, defended the agency’s torture of terrorism suspects as her confirmation hearing Wednesday served as another reckoning of the extraordinary measures the government employed in the frantic hunt for the Sept. 11 conspirators.

"Haspel Vows She Will Not Allow Torture if Confirmed to Run CIA" is from the May 09, 2018 U.S. section of The New York Times. It was written by Matthew Rosenberg and Nicholas Fandos and narrated by Keith Sellon-Wright.