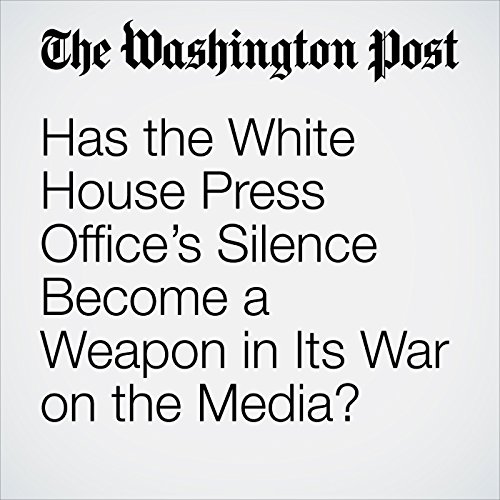 An eye-opening sentence has appeared in several important news stories about the Trump administration in recent days: The White House did not respond to requests for comment.

"Has the White House Press Office’s Silence Become a Weapon in Its War on the Media?" is from the February 20, 2017 Arts and Entertainment section of The Washington Post. It was written by Paul Farhi and narrated by Sam Scholl.