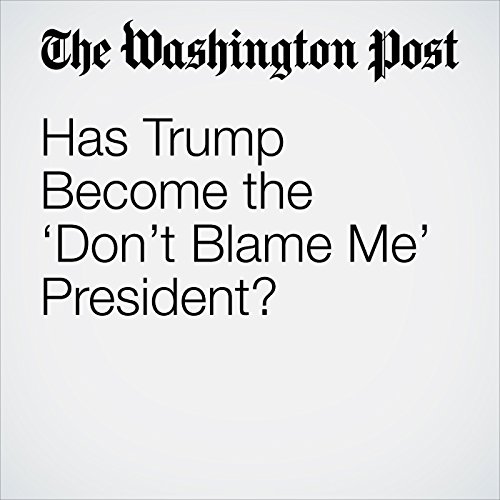 For a businessman who views the world through a binary win-or-lose lens, Trump has become the “don’t blame me” president — struggling to adjust to the reality of a job often revealed in shades of gray. The man in the nation’s highest elective office, who is eager to claim credit for positive developments, has yet to show signs of accepting responsibility or blame when things go wrong.

"Has Trump Become the ‘Don’t Blame Me’ President?" is from the March 01, 2017 Politics section of The Washington Post. It was written by Abby Phillip and Ashley Parker and narrated by Jenny Hoops.