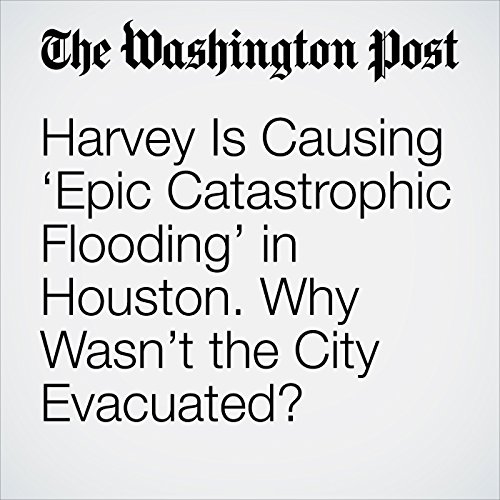 Harvey Is Causing ‘Epic Catastrophic Flooding’ in Houston. Why Wasn’t the City Evacuated?

The National Weather Service warned of “additional catastrophic, unprecedented and life threatening flooding” into the next week, and placed flash-flood emergencies for all of Southeast Texas. As the much-anticipated storm pummeled the country’s fourth-largest city — overwhelming the 911 system and sending some residents, against the advice of officials, into their attics to flee floodwaters — many asked the question: Should Houston have been evacuated? If so, why wasn’t it?

"Harvey Is Causing ‘Epic Catastrophic Flooding’ in Houston. Why Wasn’t the City Evacuated?" is from the August 27, 2017 Post Nation section of The Washington Post. It was written by Amy B. Wang and Cleve R. Wootson Jr. and narrated by Sam Scholl.