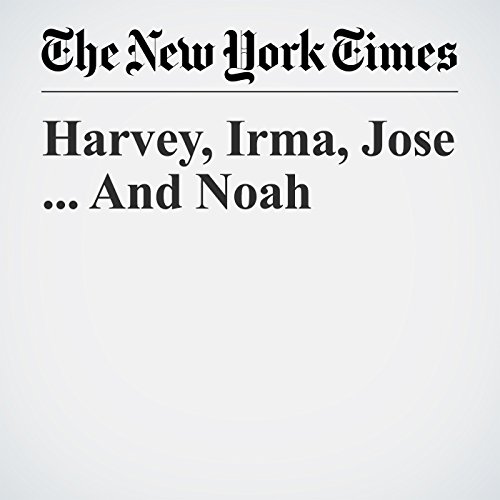 Is there anything we can learn from hurricanes, storms and floods?People have been asking that question for thousands of years, and telling stories that try to make sense of natural disasters. These flood myths are remarkably similar to one another.

"Harvey, Irma, Jose ... And Noah" is from the September 11, 2017 Opinion section of The New York Times. It was written by David Brooks and narrated by Keith Sellon-Wright.