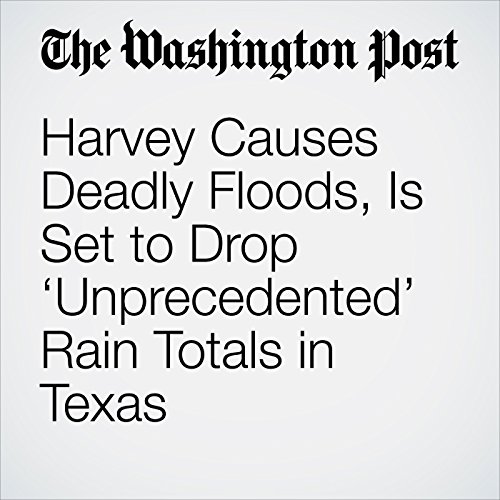 Officials here warned that the deluge in the nation’s fourth-largest city on Sunday will be “beyond anything experienced,” as Harvey pummeled Texas, dropping more than two feet of rain and causing dire flash floods. At least five people have been reported dead as a result of the storm, according to the National Weather Service.

"Harvey Causes Deadly Floods, Is Set to Drop ‘Unprecedented’ Rain Totals in Texas" is from the August 27, 2017 National section of The Washington Post. It was written by Dylan Baddour, Kevin Sullivan, Wesley Lowery and Robert Samuels and narrated by Sam Scholl.