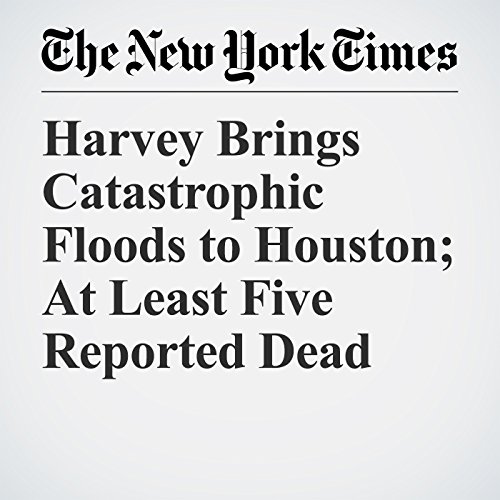 At least five deaths and more than a dozen injuries were reported by Sunday morning in the aftermath of Harvey, the hurricane that tore across the Gulf Coast of Texas on Friday. The effects associated with Tropical Storm Harvey are “unprecedented” and “unknown and beyond anything experienced,” the National Weather Service said in a tweet.

"Harvey Brings Catastrophic Floods to Houston; At Least Five Reported Dead" is from the August 27, 2017 U.S. section of The New York Times. It was written by Christina Caron, Christopher Mele, Julie Turkewitz and Ron Nixon and narrated by Keith Sellon-Wright.