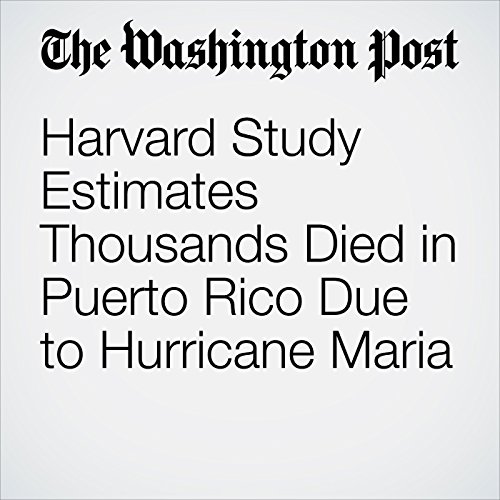 At least 4,645 people died as a result of Hurricane Maria and its devastation across Puerto Rico last year, according to a new Harvard study released Tuesday, an estimate that far exceeds the official government death toll, which stands at 64.

"Harvard Study Estimates Thousands Died in Puerto Rico Due to Hurricane Maria" is from the May 29, 2018 National section of The Washington Post. It was written by Arelis R. Hernández and Laurie McGinley and narrated by Sam Scholl.