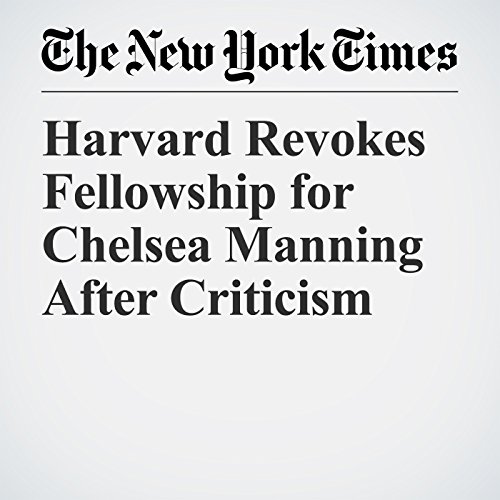 Facing harsh criticism, a Harvard dean said early Friday that he was revoking his invitation to Chelsea Manning, a former U.S. soldier convicted of leaking classified information, to be a visiting fellow at the university.

"Harvard Revokes Fellowship for Chelsea Manning After Criticism" is from the September 15, 2017 U.S. section of The New York Times. It was written by Matthew Haag and narrated by Mike DelGaudio.